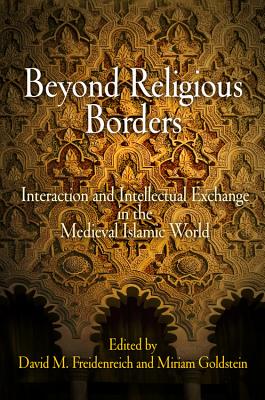 The medieval Islamic world comprised a wide variety of religions. While individuals and communities in this world identified themselves with particular faiths, boundaries between these groups were vague and in some cases nonexistent. Rather than simply borrowing or lending customs, goods, and notions to one another, the peoples of the Mediterranean region interacted within a common culture. Beyond Religious Borders presents sophisticated and often revolutionary studies of the ways Jewish, Christian, and Muslim thinkers drew ideas and inspiration from outside the bounds of their own religious communities.

Each essay in this collection covers a key aspect of interreligious relationships in Mediterranean lands during the first six centuries of Islam. These studies focus on the cultural context of exchange, the impact of exchange, and the factors motivating exchange between adherents of different religions. Essays address the influence of the shared Arabic language on the transfer of knowledge, reconsider the restrictions imposed by Muslim rulers on Christian and Jewish subjects, and demonstrate the need to consider both Jewish and Muslim works in the study of Andalusian philosophy. Case studies on the impact of exchange examine specific literary, religious, and philosophical concepts that crossed religious borders. In each case, elements native to one religious group and originally foreign to another became fully at home in both. The volume concludes by considering why certain ideas crossed religious lines while others did not, and how specific figures involved in such processes understood their own roles in the transfer of ideas.

David M. Freidenreich teaches Jewish studies at Colby College. Miriam Goldstein is Lecturer in the Department of Arabic Language and Literature at the Hebrew University of Jerusalem.
Loading...
or support indie stores by buying on