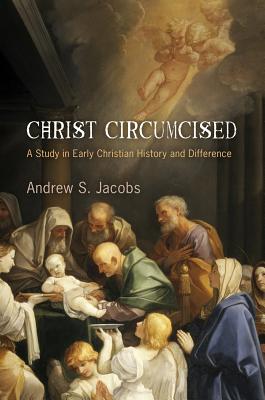 In the first full-length study of the circumcision of Jesus, Andrew S. Jacobs turns to an unexpected symbol--the stereotypical mark of the Jewish covenant on the body of the Christian savior--to explore how and why we think about difference and identity in early Christianity.

Jacobs explores the subject of Christ's circumcision in texts dating from the first through seventh centuries of the Common Era. Using a diverse toolkit of approaches, including the psychoanalytic, postcolonial, and poststructuralist, he posits that while seeming to desire fixed borders and a clear distinction between self (Christian) and other (Jew, pagan, and heretic), early Christians consistently blurred and destabilized their own religious boundaries. He further argues that in this doubled approach to others, Christians mimicked the imperial discourse of the Roman Empire, which exerted its power through the management, not the erasure, of difference.

For Jacobs, the circumcision of Christ vividly illustrates a deep-seated Christian duality: the fear of and longing for an other, at once reviled and internalized. From his earliest appearance in the Gospel of Luke to the full-blown Feast of the Divine Circumcision in the medieval period, Christ circumcised represents a new way of imagining Christians and their creation of a new religious culture.

Andrew S. Jacobs is Associate Professor and Chair of the Religious Studies department at Scripps College and the author of Remains of the Jews.
or
Not Currently Available for Direct Purchase