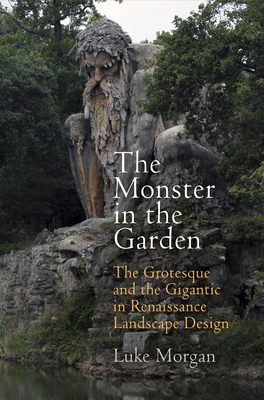 The Monster in the Garden

Monsters, grotesque creatures, and giants were frequently depicted in Italian Renaissance landscape design, yet they have rarely been studied. Their ubiquity indicates that gardens of the period conveyed darker, more disturbing themes than has been acknowledged.

In The Monster in the Garden, Luke Morgan argues that the monster is a key figure in Renaissance culture. Monsters were ciphers for contemporary anxieties about normative social life and identity. Drawing on sixteenth-century medical, legal, and scientific texts, as well as recent scholarship on monstrosity, abnormality, and difference in early modern Europe, he considers the garden within a broader framework of inquiry. Developing a new conceptual model of Renaissance landscape design, Morgan argues that the presence of monsters was not incidental but an essential feature of the experience of gardens.

Luke Morgan is Senior Lecturer in Art History and Theory at Monash University. He is author of Nature as Model: Salomon de Caus and Early Seventeenth-Century Landscape Design.
or support indie stores by buying on