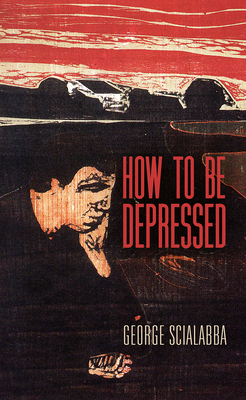 How to Be Depressed

An unusual, searching, and poignant memoir of one man's quest to make sense of depression

George Scialabba is a prolific critic and essayist known for his incisive, wide-ranging commentary on literature, philosophy, religion, and politics. He is also, like millions of others, a lifelong sufferer from clinical depression. In How To Be Depressed, Scialabba presents an edited selection of his mental health records spanning decades of treatment, framed by an introduction and an interview with renowned podcaster Christopher Lydon. The book also includes a wry and ruminative collection of tips for the depressed, organized into something like a glossary of terms--among which are the names of numerous medications he has tried or researched over the years. Together, these texts form an unusual, searching, and poignant hybrid of essay and memoir, inviting readers into the hospital and the therapy office as Scialabba and his caregivers try to make sense of this baffling disease.

In Scialabba's view, clinical depression amounts to an utter waste. Unlike heart surgery or a broken leg, there is no relaxing convalescence and nothing to be learned (except, perhaps, who your friends are). It leaves you weakened and bewildered, unsure why you got sick or how you got well, praying that it never happens again but certain that it will. Scialabba documents his own struggles and draws from them insights that may prove useful to fellow-sufferers and general readers alike. In the place of dispensable banalities--Hold on, You will feel better, and so on--he offers an account of how it's been for him, in the hope that doing so might prove helpful to others.

George Scialabba is an essayist and literary critic whose work has appeared in The New Yorker, The Nation, The New Republic, The Baffler, The Boston Globe, Dissent, and many other journals. His writings have been collected in five volumes: Slouching Toward Utopia, Low Dishonest Decades, For the Republic, The Modern Predicament, and What Are Intellectuals Good For?
Loading...
or support indie stores by buying on