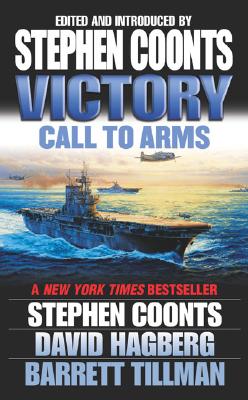 Stephen Coonts asks what happens when you load a Catalina flying boat with five tons of bombs, a half dozen machine guns, and a crew that walks a line between valor and suicide. In the Pacific Theater of war, the Japanese Navy is about to discover the answer to that very question.

David Hagberg sends the OSS and MI6 behind enemy lines in Germany to stop the one weapon that can win the war for Hitler and Nazi Germany: an electromechanical guidance system that can launch missiles not only across countries, but across the ocean . . . and hit the United States.