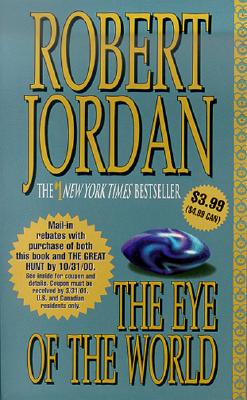 Praise For The Eye of the World: Book One of 'The Wheel of Time'…

"Jordan has come to dominate the world that Tolkien began to reveal."--The New York Times

"Jordan is able to take...familiar elements and make them his own, in a powerful novel of wide and complex scope. Open religious and political conflicts add a gritty realism, while the cities and courts provide plenty of drama and splendor. Women have a stronger role than in Tolkien...Each character in this large cast remains distinct....Their adventures are varied, and exciting....The Eye of the World stands alone as a fantasy epic."--Locus

"Robert Jordan has created a fantasy world as tangible and credible as history. He has a fine eye for detail and a vivid sense of drama."--Morgan Llewelyn