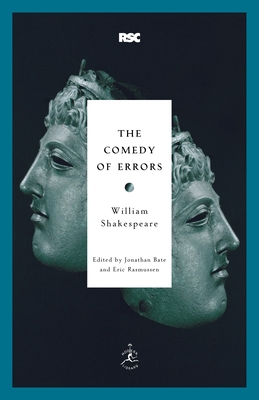 “I see two husbands, or mine eyes deceive me.”
—The Comedy of Errors

Eminent Shakespearean scholars Jonathan Bate and Eric Rasmussen provide a fresh new edition of this raucous story of mistaken identity and family—along with more than a hundred pages of exclusive features, including

• an original Introduction to The Comedy of Errors
• incisive scene-by-scene synopsis and analysis with vital facts about the work
• commentary on past and current productions based on interviews with leading directors, actors, and designers
• photographs of key RSC productions
• an overview of Shakespeare’s theatrical career and chronology of his plays


Praise For The Comedy of Errors (Modern Library Classics)…