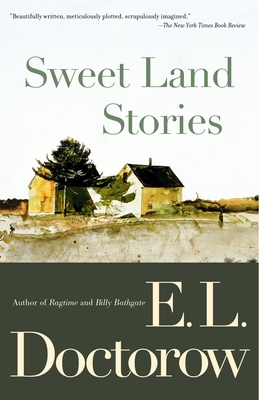 One of America’s premier writers, the bestselling author of Ragtime, Billy Bathgate, The Book of Daniel, and World’s Fair turns his astonishing narrative powers to the short story in five dazzling explorations of who we are as a people and how we live.

Ranging over the American continent from Alaska to Washington, D.C., these superb short works are crafted with all the weight and resonance of the novels for which E. L. Doctorow is famous. You will find yourself set down in a mysterious redbrick townhouse in rural Illinois (“A House on the Plains”), working things out with a baby-kidnapping couple in California (“Baby Wilson”), living on a religious-cult commune in Kansas (“Walter John Harmon”), and sharing the heartrending cross-country journey of a young woman navigating her way through three bad marriages to a kind of bruised but resolute independence (“Jolene: A Life”). And in the stunning “Child, Dead, in the Rose Garden,” you will witness a special agent of the FBI finding himself at a personal crossroads while investigating a grave breach of White House security.

Two of these stories have already won awards as the best fiction of the year published in American periodicals, and two have been chosen for annual best-story anthologies.

Composed in a variety of moods and voices, these remarkable portrayals of the American spiritual landscape show a modern master at the height of his powers.

“This is an extraordinary contemporary novel, a stunning work.”
—The San Francisco Chronicle, about The Book of Daniel

“A wonderful addition to the ranks of American boy heroes . . . Huck Finn and Tom Sawyer with more poetry, Holden Caulfield with more zest and spirit . . . the kind of book you find yourself finishing at three in the morning after promising at midnight that you’ll stop at the next page.”
—The New York Times Book Review, about Billy Bathgate

“Marvelous . . . You get lost in World’s Fair as if it were an exotic adventure. You devour it with the avidity usually provoked by a suspense thriller.”
—The New York Times, about World’s Fair