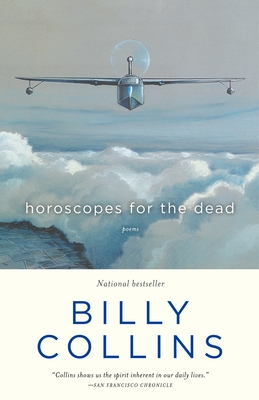 Horoscopes for the Dead

Billy Collins is widely acknowledged as a prominent player at the table of modern American poetry. And in this smart, lyrical, and mischievous collection of poetry, which covers the everlasting themes of love and loss, youth and aging, solitude and union, Collins’s verbal gifts are on full display.


Praise For Horoscopes for the Dead: Poems…

“The most companionable of poetic companions.”—The New York Times

“Collins writes of time and death with humor and whirligig images and wordplay so unexpected and delectable, reading his poetry is like watching a magician transform ordinary objects—a coin, a card—into something breathtaking out of thin air.”—Booklist

“This is the poet’s richest work to date.”—Newsday

“Billy Collins is one of today’s most popular poets, revered for his ability to evoke humor and heartbreak in verses both subtle and sagacious.”—Wisconsin State Journal