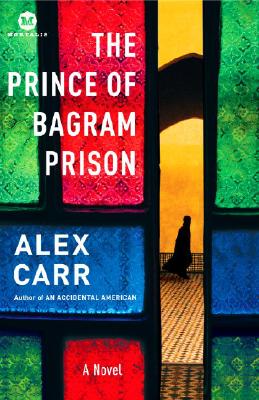 The Prince of Bagram Prison

A riveting and intricate literary thriller from the author The New York Times Book Review says “speaks up in a voice that gets your attention like a rifle shot . . . clean, direct, and a little dangerous.”

Army Intelligence reservist Kat Caldwell is teaching Arabic at a military college in Virginia when the order comes: Retired spy chief Dick Morrow needs to find a CIA informant who has slipped away from his handler in Spain and may be heading to Morocco.

Jamal was a prisoner whom Kat interrogated when she worked at Bagram Airbase in Afghanistan. Having gained his trust, she is now expected to discover his whereabouts on a treacherous trail that leads from Madrid’s red-light district to the slums of Casablanca. But when a British Special Forces soldier is murdered just as he is about to give testimony on the death of a Bagram detainee, Kat begins to suspect that the real story here is one of the cover-up of U.S.-sanctioned torture. And when in desperation Jamal contacts his former CIA handler, he unwittingly rekindles a bitter struggle between the one man who can save him and the one who wants him dead.

“Demonstrates fiction’s power to follow a shard of glass from the great explosion, to examine its bloodstained edges and explore the passion, foolishness, tragedy and flawed humanity traced by its journey toward discovery . . . In this novel, we learn how to decipher the language of war, its mismanaged intent and complex ramifications.”
–January Magazine, Best Books of 2007

Alex Carr, otherwise known as Jenny Siler, is the critically acclaimed author of An Accidental American, Easy Money, Iced, Shot, and Flashback.
Loading...
or
Not Currently Available for Direct Purchase