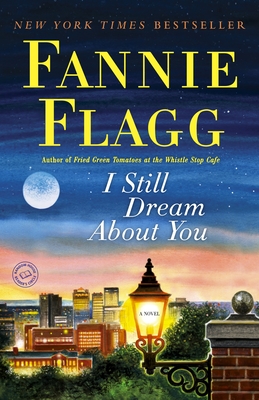 I Still Dream About You (Paperback)

The beloved Fannie Flagg is at her irresistible and hilarious best in I Still Dream About You, a comic mystery romp through the streets of Birmingham, Alabama, past, present, and future.

Meet Maggie Fortenberry, a still beautiful former Miss Alabama. To others, Maggie’s life seems practically perfect—she’s lovely, charming, and a successful agent at Red Mountain Realty. Still, Maggie can’t help but wonder how she wound up living a life so different from the one she dreamed of as a child. But just when things seem completely hopeless, and the secrets of Maggie’s past drive her to a radical plan to solve it all, Maggie discovers, quite by accident, that everybody, it seems, has at least one little secret.

I Still Dream About You is a wonderful novel that is equal parts southern charm, murder mystery, and that perfect combination of comedy and old-fashioned wisdom that can be served up only by America’s own remarkable Fannie Flagg.

Fannie Flagg’s career started in the fifth grade when she wrote, directed, and starred in her first play entitled The Whoopee Girls, and she has not stopped since. At age nineteen she began writing and producing television specials, and later wrote and appeared on Candid Camera. She then went on to distinguish herself as an actress and a writer in television, films, and the theater. She is the New York Times bestselling author of Daisy Fay and the Miracle Man; Fried Green Tomatoes at the Whistle Stop Cafe; Welcome to the World, Baby Girl!; Standing in the Rainbow; A Redbird Christmas; and Can’t Wait to Get to Heaven. Flagg’s script for the movie Fried Green Tomatoes was nominated for an Academy Award, and the Writers Guild of America Award and won the highly regarded Scripter Award for best screenplay of the year. Flagg lives happily in California and Alabama.

Praise For I Still Dream About You: A Novel…