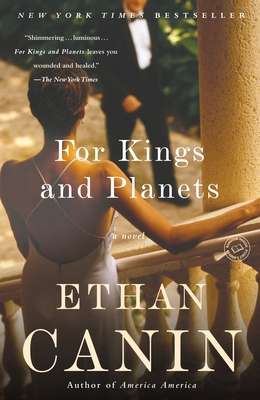 For Kings and Planets

Ethan Canin, the acclaimed author of America America and The Palace Thief, is “one of the best fiction writers of his generation” (The Miami Herald). For Kings and Planets follows the lives of two young men and the woman they both love. Orno Tarcher arrives in New York City from Missouri, carrying with him the weight of his family’s small-town values. He meets Marshall Emerson, the charismatic scion of a worldly clan, a seductive and brilliant New Yorker who is revealed, as time passes, to be bent on destruction. This novel explores the conflicts of character at the heart of every life, the desire for grandeur and the lure of normalcy, and the tension between rivalry and friendship, fathers and sons, love and betrayal.

Praise For For Kings and Planets: A Novel…

“[Ethan Canin is] the most mature and accomplished novelist of his generation. For Kings and Planets stands head and shoulders above the crowd.”—Alan Cheuse, NPR’s All Things Considered

“Breathtaking . . . outstanding . . . Scott Fitzgerald himself would have been honored by [Ethan Canin’s] company.”—Newsday

“Masterful . . . a classic parable of the human condition.”—Publishers Weekly

Ethan Canin is the author of six books, including the story collections Emperor of the Air and The Palace Thief and the novels For Kings and Planets and Carry Me Across the Water. He is on the faculty of the Iowa Writers’ Workshop and divides his time between Iowa and northern Michigan. He is also a physician.
Loading...
or
Not Currently Available for Direct Purchase