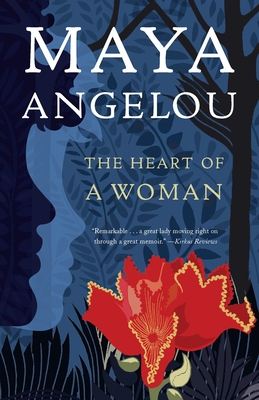 The Heart of a Woman

In The Heart of a Woman, Maya Angelou leaves California with her son, Guy, to move to New York. There she enters the society and world of black artists and writers, reads her work at the Harlem Writers Guild, and begins to take part in the struggle of black Americans for their rightful place in the world. In the meantime, her personal life takes an unexpected turn. She leaves the bail bondsman she was intending to marry after falling in love with a South African freedom fighter, travels with him to London and Cairo, where she discovers new opportunities.

The Heart of a Woman is filled with unforgettable vignettes of such renowned people as Billie Holiday and Malcom X, but perhaps most importantly chronicles the joys and the burdens of a black mother in America and how the son she has cherished so intensely and worked for so devotedly finally grows to be a man.

Praise For The Heart of a Woman…

“Remarkable . . . a great lady moving right on through a great memoir.”
–Kirkus Reviews

“Maya Angelou has . . . achieved a kind of literary breakthrough which few writers of any time, place, or race achieve. . . . What makes [her] writing unique is . . . a melding of unconcerned honesty, consummate craft, and perfect descriptive pitch, yielding a rare compound of great emotional force and authenticity.”
–The Washington Post Book World

“To say that Angelou is a living legend is in no way an exaggeration. [She is] one of the great voices of contemporary literature.”
–The Voice

“Angelou is one of the geniuses of the Afro-American serial autobiography.”
–The New York Times

“A uniquely gifted wordsmith and storyteller.”
–The San Diego Union-Tribune