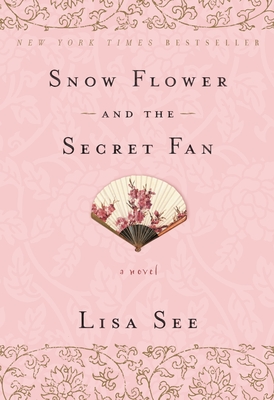 Praise For Snow Flower and the Secret Fan: A Novel…

“Lisa See has written her best book yet. Snow Flower and the Secret Fan is achingly beautiful, a marvel of imagination of a real and secret world that has only recently disappeared. It is a story so mesmerizing the pages float away and the story remains clearly before us from beginning to end.”—Amy Tan, author of The Joy Luck Club and The Opposite of Fate: A Book of Musings

“I was mesmerized by this wondrous book–the story of a secret civilization of women, who actually lived in China not long ago. . . . Magical, haunting fiction. Beautiful.”—Maxine Hong Kingston, author of The Fifth Book of Peace

“An achingly beautiful, understated and absorbing story of love [that] evokes the work of Jane Austen.”—Cleveland Plain Dealer

“A triumph on every level, a beautiful, heartbreaking story.”—Washington Post Book World

“Both heartbreaking and heartbreakingly lovely . . . immerses the reader in an unimagined world . . . The characters and their surroundings come vibrantly alive.”—Denver Post

Lisa See is the New York Times bestselling author of Peony in Love, Snow Flower and the Secret Fan, Flower Net (an Edgar Award nominee), The Interior, and Dragon Bones, as well as the critically acclaimed memoir On Gold Mountain. The Organization of Chinese American Women named her the 2001 National Woman of the Year. She lives in Los Angeles.

1. In your opinion, is Lily, who is the narrator, the heroine or the villain? What are her flaws and her strengths?

2. Do you think the concept of “old sames” exists today? Do you have an “old same,” or are you part of a sworn sisterhood? In what ways are those relationships similar or different from the ones in nineteenthcentury China?

3. Some men in nineteenth-century China apparently knew about nu shu, the secret women’s writing described in Snow Flower. Why do you think they tolerated such private communication?

5. When Lily and Snow Flower are girls, they have one intimate– almost erotic–moment together. Do you think their relationship was sexual or, given the times, were they simply girls who saw this only as an innocent extension of their friendship?

6. Having a wife with bound feet was a status symbol for men, and, consequently, having bound feet increased a woman’s chances of marriage into a wealthier household. Women took great pride in their feet, which were considered not only beautiful but also their best and most important feature. As a child, would you have fought against having your feet bound, as Third Sister did, knowing you would be consigned to the life of a servant or a “little daughter-inlaw”? As a mother, would you have chosen to bind your daughter’s feet?

7. The Chinese character for “mother love” consists of two parts: one meaning “pain,” the other meaning “love.” In your own experience, from the perspective of a mother or a daughter, is there an element of truth to this description of mother love?

8. The author sees Snow Flower and the Secret Fan as a novel about love and regret, but do you think there’s also an element of atonement in it as well?

9. In the story, we are told again and again that women are weak and worthless. But were they really? In what ways did Lily and Snow Flower show their strength and value?

10. The story takes place in the nineteenth century and seems very far removed from our lives–for instance, we don’t have our feet bound, and we’re free and mobile. Do you think we’re still bound up in other ways: by career, by family obligations, by conventions of feminine beauty, or even by events beyond our control (war, the economy, and natural disasters)?

11. Because of its phonetic nature, nu shu could easily be taken out of context and be misunderstood. Today, many of us communicate though e-mail or instant-messaging. Have you ever had an experience where one of your messages was misunderstood because of lack of context, facial or body gestures, and tone of voice? Or have you ever received a message that you misinterpreted and had your feelings hurt?

12. Madame Wang, the matchmaker, is a foot-bound woman and yet she does business with men. How is she different from the other women in the story? Do you think she is considered a woman of status or is she merely a necessary evil?