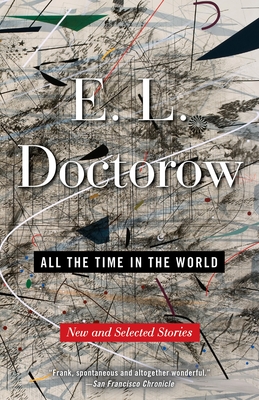 From a master of modern American letters comes an enthralling collection of brilliant short fiction about people who, as E. L. Doctorow notes in his Preface, are somehow “distinct from their surroundings—people in some sort of contest with the prevailing world.” Containing six unforgettable stories that have never appeared in book form, and a selection of previous classics, All the Time in the World is resonant with the mystery, tension, and moral investigation that distinguish the fiction of E. L. Doctorow.


Praise For All the Time in the World: New and Selected Stories…

“The . . . stories in All the Time in the World are a reminder that, for decades, Mr. Doctorow has been a first-rate artist in the short form.”—The Wall Street Journal

“The incandescent new stories and forever stunning vintage tales . . . selected for this powerhouse collection [are] complex and masterful . . . wise and resplendent.”—Booklist

“Savor All the Time in the World for its elegance, its intuition and for Doctorow’s understanding of the complexity of the human drama.”—The Miami Herald

“Doctorow has captured the mood of our time and rendered it in compelling fiction.”—The Philadelphia Inquirer