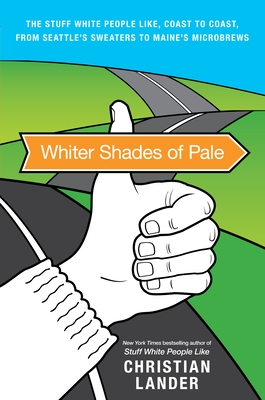 “Excellent....Few people alive are as deft at this satire as is Mr. Lander. His books are painfully observant, and they take you places that The Daily Show and The Onion, those reliable dispensers of elite wit, mostly don’t. They’re among the prickliest guides through the American status system since Paul Fussell’s ‘Class’ (1983). . . . You’ll find WHITER SHADES OF PALE in that dimly understood and flimsy bookstore subdivision, the humor section. It belongs upfront, where the best new nonfiction walks point.” —Dwight Garner, New York Times

Christian Lander is the creator of the popular blog StuffWhitePeopleLike.com and the author of the New York Times bestselling book Stuff White People Like. A one-time Ph.D. candidate and acclaimed public-speaking instructor, he has traveled extensively in the United States and Europe, living among white people and studying their native customs. He presently resides in Los Angeles, where he enjoys such local pleasures as Ray Ban Wayfarers, skinny jeans, yoga, interior design, and crippling debt.
Loading...
or
Not Currently Available for Direct Purchase