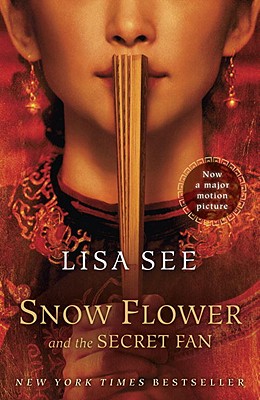 Praise For Snow Flower and the Secret Fan…

Advance praise for Snow Flower and the Secret Fan

“Lisa See has written her best book yet. Snow Flower and the Secret Fan is achingly beautiful, a marvel of imagination of a real and secret world that has only recently disappeared. It is a story so mesmerizing the pages float away and the story remains clearly before us from beginning to end.”
–Amy Tan, author of The Joy Luck Club and The Opposite of Fate: A Book of Musings

“I was mesmerized by this wondrous book–the story of a secret civilization of women, who actually lived in China not long ago. . . . Magical, haunting fiction. Beautiful.”
–Maxine Hong Kingston, author of The Fifth Book of Peace

Lisa See is the author of "Flower Net" (an Edgar Award nominee), "The Interior," and "Dragon Bones," as well as the critically acclaimed memoir "On Gold Mountain." The Organization of Chinese American Women named her the 2001 National Woman of the Year. She lives in Los Angeles.

"To schedule a speaking engagement, please contact American Program Bureau" at www.apbspeakers.com "From the Hardcover edition."
Loading...
or
Not Currently Available for Direct Purchase