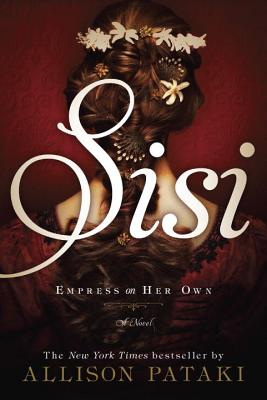 Empress on Her Own

NEW YORK TIMES BESTSELLER - For readers of Philippa Gregory, Paula McLain, and Daisy Goodwin comes a sweeping and powerful novel by Allison Pataki. Sisi tells the little-known story of Empress Elisabeth of Austria-Hungary, the Princess Diana of her time, in an enthralling work of historical fiction that is also a gripping page-turner.

Married to Emperor Franz Joseph, Elisabeth--fondly known as Sisi--captures the hearts of her people as their "fairy queen," but beneath that dazzling persona lives a far more complex figure. In mid-nineteenth-century Vienna, the halls of the Hofburg Palace buzz not only with imperial waltzes and champagne but with temptations, rivals, and cutthroat intrigue. Feeling stifled by strict protocols and a turbulent marriage, Sisi grows restless. A free-spirited wanderer, she finds solace at her estate outside Budapest. There she rides her beloved horses and enjoys visits from the Hungarian statesman Count Andr ssy, the man with whom she's unwittingly fallen in love. But tragic news brings Sisi out of her fragile seclusion, forcing her to return to her capital and a world of gossip, envy, and sorrow where a dangerous fate lurks in the shadows. Through love affairs and loss, dedication and defiance, Sisi struggles against conflicting desires: to keep her family together, or to flee amid the collapse of her suffocating marriage and the gathering tumult of the First World War. In an age of crumbling monarchies, Sisi fights to assert her right to the throne beside her husband, to win the love of her people and the world, and to save an empire. But in the end, can she save herself? Featuring larger-than-life historic figures such as Bavaria's "Mad King Ludwig" and the tragic Crown Prince Rudolf, and set against many of Europe's grandest sites--from Germany's storied Neuschwanstein Castle to England's lush shires--Sisi brings to life an extraordinary woman and the romantic, volatile era over which she presided. Praise for Sisi "Pataki successfully juggles numerous political and personal plot lines while maintaining her focus on a fascinating central character. . . . Readers of Pataki's first book will want to know the rest of Sisi's story, but this novel stands on its own for historical fiction fans."--Library Journal "A deeply moving book about a complex character."--BookPage "A satisfying saga of the late Habsburg period."--Kirkus Reviews "Pataki brings richness and relevance to the story of the woman who worked tirelessly to protect the face of an empire."--Publishers Weekly "Pataki simply stuns me with each new book. I savor each page. Sisi is her best yet "--Kathie Lee Gifford "Readers will enjoy the glorious dilemma of whether to turn the pages swiftly, breathlessly following Empress Sisi from one astonishing, heartbreaking adventure to the next, or to linger and luxuriate in Pataki's vivid, sumptuous descriptions of the Habsburg court."--Jennifer Chiaverini, New York Times bestselling author of Mrs. Lincoln's Dressmaker "This entire novel is irresistible--completely impossible to put down Pataki reimagines the reign of the nineteenth-century Princess Diana in this stunning book."--Michelle Moran, internationally bestselling author of Rebel Queen "Emotional, exuberant, masterly, Sisi swept me into the glittering, treacherous world of the waning Habsburg empire. A must-read."--Lynn Cullen, bestselling author of Mrs. Poe

Allison Pataki is the New York Times bestselling author of The Traitor's Wife and The Accidental Empress. The daughter of former New York State governor George E. Pataki, she was inspired to write about Sisi by her family's deep roots in the former Habsburg empire of Austria-Hungary. She graduated cum laude from Yale University with a major in English. Pataki is the co-founder of the nonprofit organization ReConnect Hungary, regularly contributes to The Huffington Post and FoxNews.com, and is a member of the Historical Novel Society. She lives in Chicago with her husband and their daughter.
Loading...
or
Not Currently Available for Direct Purchase