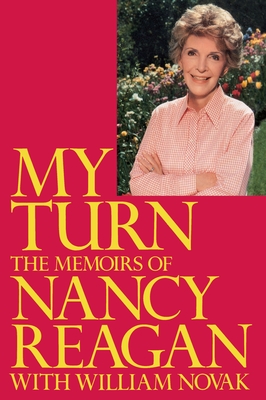 The Memoirs of Nancy Reagan

The former First Lady discusses her life, the Reagan administration, her shaky relationship with her children and key White House personnel, her husband’s involvement in the Iran-Contra affair, and her bout with cancer.

“During our White House years I said almost nothing about how I really felt regarding the controversies that swirled around me. . . . But now those years are over, and it’s my turn to describe what happened. . . .”

About Ronald Reagan: “Although Ronnie loves people, he often seems remote, and he doesn’t let anybody get too close. There’s a wall around him. He lets me come closer than anyone else, but there are times when even I feel that barrier.”

About being a mother: “What I wanted most in all the world was to be a good wife and mother. As things turned out, I guess I’ve been more successful at the first than at the second.”

About her influence: “I make no apologies for telling Ronnie what I thought. Just because you’re married doesn’t mean you have no right to express your opinions. For eight years I was sleeping with the president, and if that doesn’t give you special access, I don’t know what does.”

About astrology: “What it boils down to is that each person has his or her own ways of coping with trauma and grief, with the pain of life, and astrology was one of mine. Don’t criticize me, I wanted to say, until you have stood in my place. This helped me. Nobody was hurt by it—except, possibly, me.”

About Don Regan: “His very first day on the job, Don said that he saw himself as the ‘chief operating officer’ of the country. But he was hired to be chief of staff. . . . Although I believed for a long time that Donald Regan was in the wrong job, my ‘power’ in getting him to leave has been greatly exaggerated. Believe me, if I really were the dragon lady that he described in his book, he would have been out the door many months earlier.”

Nancy Reagan (1921–2016) was America's first lady from 1981 to 1989. She was born in New York, raised in Chicago, and attended Smith College. During the summers before graduation, Nancy worked in summer-stock theater productions. In New York, she appeared on Broadway, including in Lute Song with Mary Martin. She was signed by MGM and made eight motion pictures for the studio before leaving to marry Ronald Reagan. Nancy is the author of the memoir My Turn.
Loading...
or support indie stores by buying on