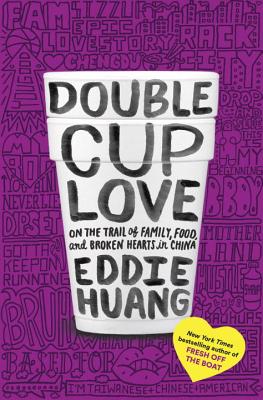 On the Trail of Family, Food, and Broken Hearts in China

From the author of Fresh Off the Boat, now a hit ABC sitcom, comes a hilarious and fiercely original story of culture, family, love, and red-cooked pork Eddie Huang was finally happy. Sort of. He'd written a bestselling book and was the star of a TV show that took him to far-flung places around the globe. His New York City restaurant was humming, his OKCupid hand was strong, and he'd even hung fresh Ralph Lauren curtains to create the illusion of a bedroom in the tiny apartment he shared with his younger brother Evan, who ran their restaurant business. Then he fell in love--and everything fell apart. The business was creating tension within the family; his life as a media star took him away from his first passion--food; and the woman he loved--an All-American white girl--made him wonder: How Chinese am I? The only way to find out, he decided, was to reverse his parents' migration and head back to the motherland. On a quest to heal his family, reconnect with his culture, and figure out whether he should marry his American girl, Eddie flew to China with his two brothers and a mission: to set up shop to see if his food stood up to Chinese palates--and to immerse himself in the culture to see if his life made sense in China. Naturally, nothing went according to plan. Double Cup Love takes readers from Williamsburg dive bars to the skies over Mongolia, from Michelin-starred restaurants in Shanghai to street-side soup peddlers in Chengdu. The book rockets off as a sharply observed, globe-trotting comic adventure that turns into an existential suspense story with high stakes. Eddie takes readers to the crossroads where he has to choose between his past and his future, between who he once was and who he might become. Double Cup Love is about how we search for love and meaning--in family and culture, in romance and marriage--but also how that search, with all its aching and overpowering complexity, can deliver us to our truest selves. Praise for Eddie Huang's Double Cup Love "Double Cup Love invites the readers to journey through Eddie Huang's] love story, new friendships, brotherhood, a whole lot of eating and more. Huang's honest recounting shouts and whispers on every page in all-caps dialogues and hilarious side-commentary. Huang pulls simple truths and humor out of his complex adventure to China. His forthright sharing of anecdotes is sincere and generates uncontrollable laughter. . . . His latest memoir affirms not only that the self-described "human panda" is an engaging storyteller but a great listener, especially in the language of food."--Chicago Tribune

"An elaborate story of love and self-discovery . . . Huang's writing is wry and zippy; he regards the world with an understanding of its absurdities and injustices and with a willingness to be surprised."--Jon Caramanica, The New York Times "Huang is determined to tease out the subtle and not-so-subtle ways in which Asian-Americans give up parts of themselves in order to move forward. . . . Fortunately for us, he's not afraid to speak up about it."--The New Yorker "Huang connects in Chengdu the same way he assimilated in America--through food, hip-hop and a never-ending authenticity, which readers experience through his hilarious writing voice and style."--New York Daily News

Eddie Huang is the proprietor of Baohaus, a restaurant in New York City. He's also the author of the New York Times bestselling memoir Fresh Off the Boat (now an ABC sitcom) and the host of Huang's World on ViceTV.