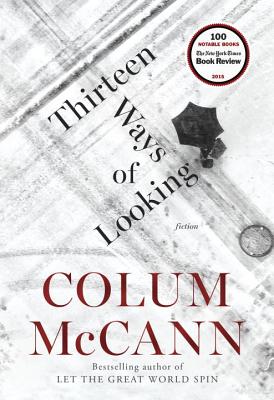 In such acclaimed novels as Let the Great World Spin and TransAtlantic, National Book Award winning author Colum McCann has transfixed readers with his precision, tenderness, and authority. Now, in his first collection of short fiction in more than a decade, McCann charts the territory of chance, and the profound and intimate consequences of even our smallest moments.
As it was, it was like being set down in the best of poems, carried into a cold landscape, blindfolded, turned around, unblindfolded, forced, then, to invent new ways of seeing.
In the exuberant title novella, a retired judge reflects on his life's work, unaware as he goes about his daily routines that this particular morning will be his last. In Sh khol, a mother spending Christmas alone with her son confronts the unthinkable when he disappears while swimming off the coast near their home in Ireland. In Treaty, an elderly nun catches a snippet of a news report in which it is revealed that the man who once kidnapped and brutalized her is alive, masquerading as an agent of peace. And in What Time Is It Now, Where You Are? a writer constructs a story about a Marine in Afghanistan calling home on New Year's Eve.
Deeply personal, subtly subversive, at times harrowing, and indeed funny, yet also full of comfort, Thirteen Ways of Looking is a striking achievement. With unsurpassed empathy for his characters and their inner lives, Colum McCann forges from their stories a profound tribute to our search for meaning and grace. The collection is a rumination on the power of storytelling in a world where language and memory can sometimes falter, but in the end do not fail us, and a contemplation of the healing power of literature.
Praise for Thirteen Ways of Looking
Extraordinary . . . incandescent. Chicago Tribune
The irreducible mystery of human experience ties this small collection together, and in each of these stories McCann explores that theme in some strikingly effective ways. . . . The first story] is as fascinating as it is poignant. . . . The second] captures the mundane and mysterious aspects of shaping characters from the gray clay of words, placing them in realistic settings and breathing life into their lungs. . . . That he makes the story so emotionally compelling is a sign of his genius. . . . The most remarkable piece] is Sh khol. . . . Caught in the rushing currents of this drama, you know you re reading a little masterpiece. The Washington Post
McCann is a writer of power and subtlety and beauty. . . . The powerful title story loiters in the mind long after you ve read it. Sarah Lyall, The New York Times
McCann] unspools complex and unforgettable stories in this, his first collection in more than a decade. The Boston Globe
McCann is a passionate writer whose impulse is always toward a generous understanding of his diverse characters. The Wall Street Journal
Powerful, profound, and deeply empathetic, McCann's beautifully wrought writing in Thirteen Ways of Looking glides off the page. BuzzFeed
McCann weaves the magic that made Let the Great World Spin so acclaimed. The Huffington Post

Colum McCann is the internationally bestselling author of the novels TransAtlantic, Let the Great World Spin, Zoli, Dancer, This Side of Brightness, and Songdogs, as well as two critically acclaimed story collections. His fiction has been published in thirty-five languages. He has received many honors, including the National Book Award, the International IMPAC Dublin Literary Award, a Chevalier des Arts et des Lettres award from the French government, and the Ireland Fund of Monaco Literary Award in Memory of Princess Grace. He has been named one of Esquire s Best and Brightest, and his short film Everything in This Country Must was nominated for an Oscar in 2005. A contributor to The New Yorker, The New York Times Magazine, The Atlantic, and The Paris Review, he teaches in the Hunter College MFA Creative Writing program. He lives in New York City with his wife and their three children, and he is the cofounder of the global nonprofit story exchange organization, Narrative 4."