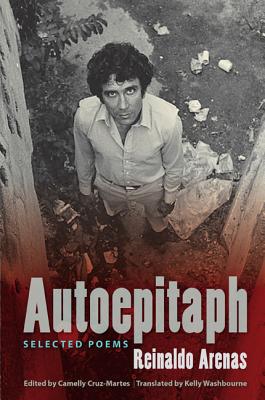 "In Autoepitaph, Reinaldo Arenas soars above death, conquers terror, and sees himself reflected in the face of his lover, the Cuban sea."--Flora Gonz lez Mandri, coeditor and cotranslator of In the Vortex of the Cyclone: Selected Poems by Excilia Salda a "A powerful tribute to Arenas, a poet who explores the meaning of our ethical standing in the world as well as the transient nature of our souls. In this collection, we journey with Arenas into his struggles and victories, accompanied by his voice, filled with fortitude and hope. The English translation pays tribute to the original Spanish text."--Marjorie Agos n, author of Of Earth and Sea: A Chilean Memoir Reinaldo Arenas (1943-1990) remains one of the most famous Cuban writers in exile. His work constitutes a monument of resistance literature, but much of the focus has been on his novels and his autobiography, Before Night Falls, chosen as one of the ten best books of 1993 by the New York Times. Because his poetic output has not been widely translated, Autoepitaph is the first and only career-spanning volume of Arenas's poetry in translation in any language. This bilingual volume includes narrative poems, sonnets, excerpts from Arenas's prose poems, and previously unpublished works from his papers at Princeton University. Both the Spanish originals as well as English translations seamlessly capture the poet's sarcasm, humor, and powerful rhythms. Camelly Cruz-Martes provides an outline for Arenas's major poetic strategies, as well as context for the themes that unite his poems: resistance against colonialism, political and personal repression, existential alienation, and the desire for transcendence through art.