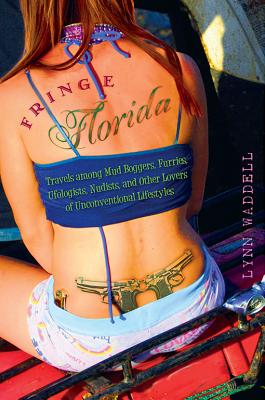 Travels Among Mud Boggers, Furries, Ufologists, Nudists, and Other Lovers of Unconventional Lifestyles

"This picaresque slideshow definitely has its ear to the ground for the weird, wacky, and wonderful that is now our peninsula's chief cash crop. If you're looking for the outer orbits of America, come to Florida, and if you seek the Sunshine State's funky-drumbeat fringe, you can do no better than Lynn Waddell."--Tim Dorsey, New York Times best-selling author "Waddell takes readers to Florida's wild side, where strippers, swingers, bikers, exotic animals, and carnies enjoy sun-kissed lives in America's strangest state."--Trevor Aaronson, author of The Terror Factory: Inside the FBI's Manufactured War on Terrorism "Lynn Waddell's riveting you-are-there reporting lives at the intersection where Florida's wacky subcultures and seamy undersides meet up. When you read this book, make sure you're standing over carpet--that way you won't hurt your jaw from dropping it so many times."--Craig Pittman, author of The Scent of Scandal: Greed, Betrayal, and the World's Most Beautiful Orchid "A fast, fascinating read. Waddell delivers ten surprising subcultures you might not dare visit on your own."--Lyn Millner, Florida Gulf Coast University

Florida has a titillating underbelly that few tourists ever see. Beyond the theme parks and the beaches lies a periphery most residents know about but--out of decorum or discomfort--prefer not to discuss. In Fringe Florida, Lynn Waddell explores the exotic, sensational, and sometimes illicit worlds of the oddest state in the nation.

Waddell takes the reader on a colorful journey to meet the most unconventional of Floridians in unbelievable and spectacular places. At Fetish Con, she befriends furries and pony girls. She travels to Cassadaga, the oldest active Spiritualist community in the South, where trained mediums converse with the dead, and to the Holy Land Experience theme park in Orlando, where one can eat a hot dog while watching a reenactment of the Crucifixion. She interviews the founder of the Leather & Lace Motorcycle Club, a Daytona Beach-area grandmother who hosts the club's annual gathering, welcoming scores of lady bikers to camp out on the lawn of her subdivision home. At an Animal Amnesty Day outside Busch Gardens, Waddell meets exotic reptile owners who give up their beloved-but no-longer-manageable pets and others who vie to take home the cast-offs.

If you've ever wanted to parade around on a pimped-out swamp buggy amidst a couple thousand beer-swigging mud boggers or fall asleep with a python hissing in your ear, been tempted to bring a Capuchin monkey in a stroller to a Little League game, or contemplated sitting on the beach waiting to be picked up by a UFO but couldn't quite bring yourself to such extremes, Fringe Florida is for you.

Lynn Waddell is a freelance writer whose work has appeared in the Wall Street Journal, Newsweek, the Daily Beast, Budget Travel, the Christian Science Monitor, and the New York Times.
or support indie stores by buying on