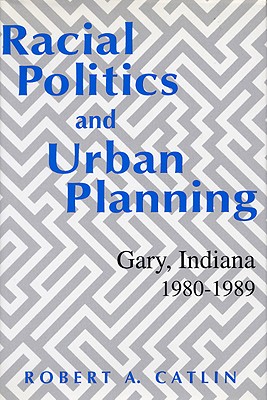 When Richard G. Hatcher became the first black mayor of Gary, Indiana in 1967, the response of Gary's white businessmen was to move the entire downtown to the suburbs, thereby weakening the city core. Meanwhile, white business and institutional leaders in Atlanta, Detroit, and Newark worked with black mayors heading those majority-black cities to rebuild their downtowns and neighborhoods. Why not Gary?

Robert A. Catlin, who served as Mayor Hatcher's planning advisor from 1982 to 1987, here analyzes the racial conflicts that tore Gary apart. He asserts that two types of majority-black cities exist. Type I -- including Atlanta, Baltimore, Detroit, and Newark -- have Fortune 500 corporate headquarters, major universities, and large medical centers -- institutions that are placebound -- and their leaders must work with black mayors. Type II cities like Gary lack these resources; thus, their white leaders feel less compelled to cooperate with black mayors. Unfortunately in Gary's case, black politicians and white executives fell victim to pettiness and mistrust, and, as a result, Gary and the entire northwest Indiana region suffered.

Racial Politics and Urban Planning is required reading for citizens interested in urban affairs. Leaders in cities such as Albany and Macon, Georgia; Monroe, Louisiana; Mount Vernon, New York; and Pine Bluff, Arkansas, should also take note. Those cities have just become majority black and are in the Type II category. Will they learn from Gary, or are they doomed to repeat its mistakes?

Robert A. Catlin is a professor in the Urban and Regional Planning Department at the University of Florida.
Loading...
or support indie stores by buying on