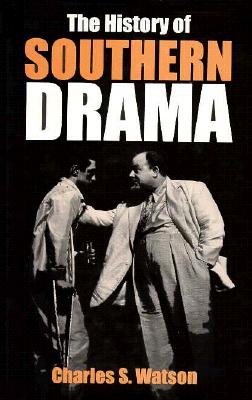 Mention southern drama at a cocktail party or in an American literature survey, and you may hear cries for "Stella " or laments for "gentleman callers." Yet southern drama depends on much more than a menagerie of highly strung spinsters and steel magnolias.

Charles Watson explores this field from its eighteenth- and nineteenth-century roots through the southern Literary Renaissance and Tennessee Williams's triumphs to the plays of Horton Foote, winner of the 1994 Pulitzer Prize. Such well known modern figures as Lillian Hellman and DuBose Heyward earn fresh looks, as does Tennessee Williams's changing depiction of the South -- from sensitive analysis to outraged indictment -- in response to the Civil Rights Movement.

Watson links the work of the early Charleston dramatists and of Espy Williams, first modern dramatist of the South, to later twentieth-century drama. Strong heroines in plays of the Confederacy foreshadow the spunk of Tennessee Williams's Amanda Wingfield. Claiming that Beth Henley matches the satirical brilliance of Eudora Welty and Flannery O'Connor, Watson connects her zany humor to 1840s New Orleans farces.With this work, Watson has at last answered the call for a single-volume, comprehensive history of the South's dramatic literature. With fascinating detail and seasoned perception, he reveals the rich heritage of southern drama.

Charles S. Watson, professor emeritus of English at the University of Alabama, is the author of Antebellum Charleston Dramatists and From Nationalism to Secessionism: The Changing Fiction of William Gilmore Simms.
Loading...
or
Not Currently Available for Direct Purchase