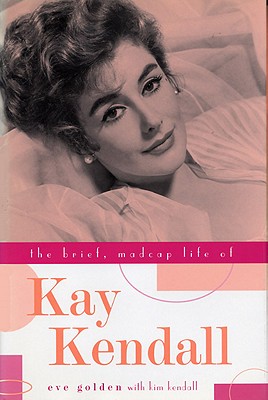 " Comedic film actress Kay Kendall, born to a theatrical family in Northern England, came of age in London during the Blitz. After starring in Britain's biggest cinematic disaster, she found stardom in 1953 with her brilliant performance in the low-budget film, Genevieve . She scored success after success with her light comic style in movies such as Doctor in the House, The Reluctant Debutante, and the Gene Kelly musical Les Girls . Kendall's private life was even more colorful than the plots.

Eve Golden is the author of six theater and film biographies, including Anna Held and the Birth of Ziegfeld's Broadway; The Brief, Madcap Life of Kay Kendall; John Gilbert: The Last of the Silent Film Stars; and Jayne Mansfield: The Girl Couldn't Help It.
Loading...
or support indie stores by buying on