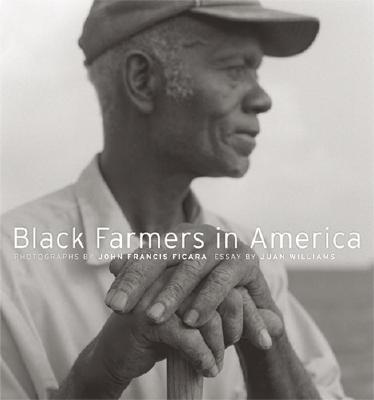 In Greene County, Alabama, a deserted farmhouse sits in the middle of a field so overgrown with weeds that the house is completely engulfed; snaking vines and stalks cover the doors and windows and invade the chimney, choking off any possibility of human habitation. Hidden by a curtain of greenery, the house stands as a silent testament to the loss that black American farmers and their families have endured during the twentieth century. What keeps these families from their dreams and way of life, however, is not the encroachment of natural forces but the demise of a culture that supports independent farmers. In 1920, black Americans made up 14 percent of all farmers in the nation, and they owned and worked 15 million acres of land. Today, battling the onslaught of globalization, changing technology, an aging workforce, racist lending policies, and even the U.S. Department of Agriculture, black farmers account for less than 1 percent of the nation's farmers and cultivate fewer than 3 million acres of land. Experts predict that within the next ten years, black-owned family farms will all but cease to exist. Inside these statistics is a staggering story of human loss that led photographer John Francis Ficara on a four-year journey across America to document and preserve the struggles of black farmers. The result of this journey is Black Farmers in America, a collection of 110 photographs skillfully reproduced in duotone that captures poignant images of hardship, survival, and a people's bond to the soil at the end of the twentieth century. From depictions of a hand-painted "For Sale" billboard in a farmer's field, to a farmer preparing for the early morning chore of milking, to a lone figure pausing to survey his land, these photos preserve a heritage and way of life that may soon disappear as these last-generation farmers harvest their final crops. In his essay, Juan Williams provides a historical context for the photographs. From the myth of "forty acres and a mule" to the multi-million-dollar USDA settlement in 1999, Williams explores America's ongoing struggle with racism and its economic consequences for black farmers. The hardships and joys of daily life on the farm echo deeply in these images. They convey a dignity of work and culture, and they document the experiences of black farmers for future generations.