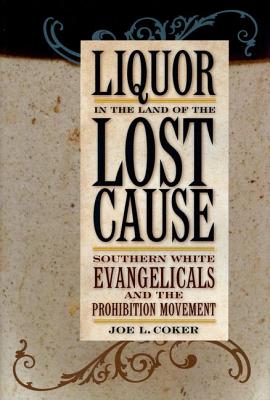 Liquor in the Land of the Lost Cause

Southern White Evangelicals and the Prohibition Movement (Religion in the South)

In the late 1800s, Southern evangelicals believed contemporary troubles -- everything from poverty to political corruption to violence between African Americans and whites -- sprang from the bottles of "demon rum" regularly consumed in the South. Though temperance quickly gained support in the antebellum North, Southerners cast a skeptical eye on the movement, because of its ties with antislavery efforts. Postwar evangelicals quickly realized they had to make temperance appealing to the South by transforming the Yankee moral reform movement into something compatible with southern values and culture. In Liquor in the Land of the Lost Cause: Southern White Evangelicals and the Prohibition Movement, Joe L. Coker examines the tactics and results of temperance reformers between 1880 and 1915. Though their denominations traditionally forbade the preaching of politics from the pulpit, an outgrowth of evangelical fervor led ministers and their congregations to sound the call for prohibition. Determined to save the South from the evils of alcohol, they played on southern cultural attitudes about politics, race, women, and honor to communicate their message. The evangelicals were successful in their approach, negotiating such political obstacles as public disapproval the church's role in politics and vehement opposition to prohibition voiced by Jefferson Davis. The evangelical community successfully convinced the public that cheap liquor in the hands of African American "beasts" and drunkard husbands posed a serious threat to white women. Eventually, the code of honor that depended upon alcohol-centered hospitality and camaraderie was redefined to favor those who lived as Christians and supported the prohibition movement. Liquor in the Land of the Lost Cause is the first comprehensive survey of temperance in the South. By tailoring the prohibition message to the unique context of the American South, southern evangelicals transformed the region into a hotbed of temperance activity, leading the national prohibition movement.