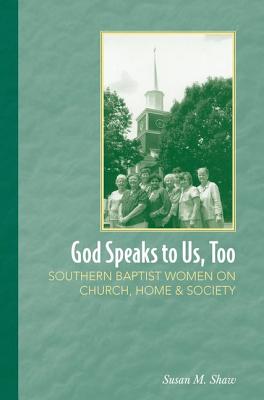 God Speaks to Us, Too

Susan M. Shaw is associate professor of women's studies at Oregon State University. She is the author or coauthor of several books, including Girls Rock! Fifty Years of Women Making Music.
Loading...
or support indie stores by buying on