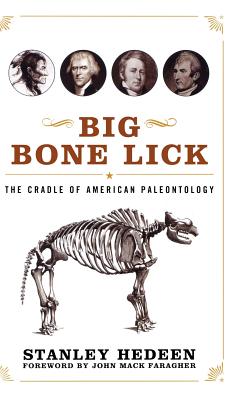 The Cradle of American Paleontology

On March 7, 1808, President Thomas Jefferson received a long-awaited shipment of approximately 300 fossils from William Clark, who had just completed his westward expedition with Meriwether Lewis. The fossils were unearthed at Big Bone Lick in northern Kentucky, and over the years they had gained the interest of such prominent figures as Daniel Boone, George Washington, and Benjamin Franklin. Jefferson's receipt of the fossils was the realization of more than twenty years of the philosopherstate.

Stanley Hedeen is professor emeritus of biology and former dean of the College of Arts and Sciences at Xavier University. He has written several books on the natural and environmental history of the greater Cincinnati region.
Loading...
or support indie stores by buying on