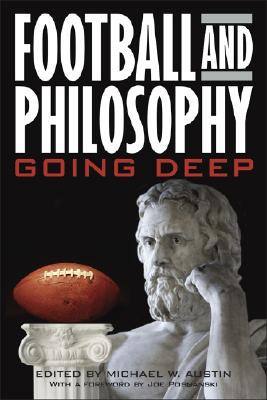 Over the past forty years, football has surpassed baseball as America's favorite game. The game has become an institution of our national culture: the Super Bowl is regarded as an unofficial national holiday, and our annual Thanksgiving Day celebrations would be incomplete without it. The sport brings in massive amounts of revenue to high schools and both public and private universities as spectators enjoy a unique and celebratory social scene. Professional football teams across the country cultivate and foster a sense of community in urban areas. Surely a game this influential, with its hallowed traditions, treasured festivities, and clearly defined cultural presence, resonates far beyond recreational importance. Football and Philosophy: Going Deep, edited by Michael W. Austin, reveals how a sport followed by millions reflects our deeper values, beliefs, and priorities. Austin and other contributing writers bring unique perspectives to this thought-provoking collection of essays. Divided into "four quarters" of reflective writing, the book covers many topics frequently debated by football fans. Sharon Ryan asks "What's So Bad about Performance Enhancing Drugs?", while the book's editor argues for a playoff system in college football. Daniel Collins-Cavanaugh ponders whether the salary cap makes the NFL a fairer league, and Joshua Smith offers his own review of the instant replay. Football and Philosophy also forays into some time honored issues as it considers the philosophy of winning in light of the NFL's most legendary coach, Vince Lombardi, and contemplates the concepts of sportsmanship, virtue, friendship, and failure. While the book is unafraid to tackle serious topics, touching on ethics, religion, and the nature of reality itself, the collection is designed to be accessible for any interested reader and was written, first and foremost, for fans of the game. As Austin notes, football fans and philosophers definitely have one quality in common: they both love to argue. Football and Philosophy engages in the debates of both groups, illuminating how the fields are intertwined. So whether they love or hate the college bowl system or disagree on whether the NFL has an ego problem, readers of this book will undoubtedly find much to ponder about America's favorite game.

Michael W. Austin, associate professor of philosophy at Eastern Kentucky University, is the editor of the forthcoming Running and Philosophy: A Marathon for the Mind.
Loading...
or
Not Currently Available for Direct Purchase