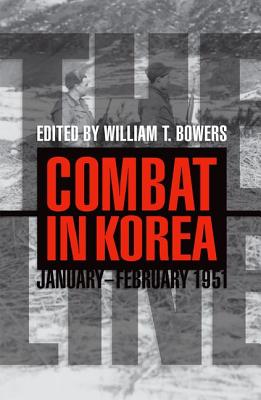 Many combat veterans refuse to discuss their experiences on the line. With the passage of time and the unreliability of memory, it becomes difficult to understand the true nature of war. In The Line: Combat in Korea, January-February 1951, retired Army colonel William T. Bowers uses firsthand, eyewitness accounts of the Korean War to offer readers an intimate look at the heroism and horror of the battlefront. These interviews of soldiers on the ground are particularly telling because they were c.

William T. Bowers is a former U.S. Army officer and is currently a researcher and historical analyst. He is the coauthor of Black Soldier, White Army: The 24th Infantry Regiment in Korea.
Loading...
or support indie stores by buying on