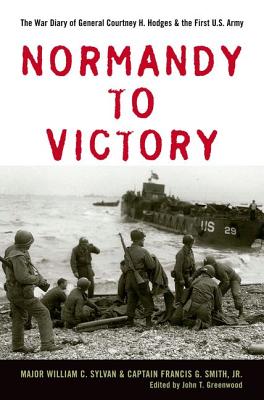 During World War II, U.S. Army generals often maintained diaries of their activities and the day-to-day operations of their command. These diaries have proven to be invaluable historical resources for World War II scholars and enthusiasts alike. Until now, one of the most historically significant of these diaries, the one kept for General Courtney H. Hodges of the First U.S. Army, has not been widely available to the public. Maintained by two of Hodges's aides, Major William C. Sylvan and Captai.

John T. Greenwood, retired Chief of the Office of Medical History, Office of the Surgeon General, U.S. Army, is the author of Medics at War: Military Medicine from Colonial Times to the Twenty-first Century and Milestones of Aviation.
Loading...
or support indie stores by buying on