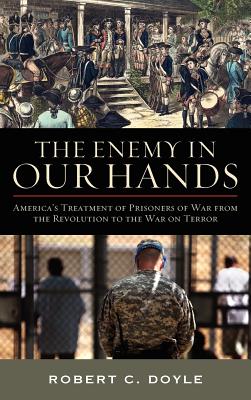 The Enemy in Our Hands

Revelations of abuse at Baghdad's Abu Ghraib prison and the U.S. detention camp at Guant namo Bay had repercussions extending beyond the worldwide media scandal that ensued. The controversy surrounding photos and descriptions of inhumane treatment of enemy prisoners of war, or EPWs, from the war on terror marked a watershed moment in the study of modern warfare and the treatment of prisoners of war. Amid allegations of human rights violations and war crimes, one question stands out among the re.

Robert C. Doyle, professor of history at the Franciscan University of Steubenville, is the author of A Prisoner's Duty: Great Escapes in U.S. Military History and Voices from Captivity: Interpreting the American POW Narrative. He has been a history consultant on multiple films and documentaries, including Hart's War.
Loading...
or support indie stores by buying on