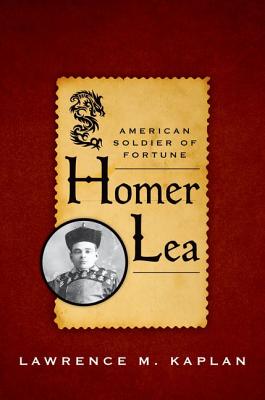 As a five-feet-three-inch hunchback who weighed about 100 pounds, Homer Lea (1876--1912), was an unlikely candidate for life on the battlefield, yet he became a world-renowned military hero. Homer Lea: American Soldier of Fortune paints a revealing portrait of a diminutive yet determined man who never earned his valor on the field of battle, but left an indelible mark on his times.

Lawrence M. Kaplan draws from extensive research to illuminate the life of a "man of mystery," while also yielding a clearer understanding of the early twentieth-century Chinese underground reform and revolutionary movements. Lea's career began in the inner circles of a powerful Chinese movement in San Francisco that led him to a generalship during the Boxer Rebellion. Fixated with commanding his own Chinese army, Lea's inflated aspirations were almost always dashed by reality. Although he never achieved the leadership role for which he strived, he became a trusted advisor to revolutionary leader Dr. Sun Yat-sen during the 1911 revolution that overthrew the Manchu Dynasty.

As an author, Lea garnered fame for two books on geopolitics: The Valor of Ignorance, which examined weaknesses in the American defenses and included dire warnings of an impending Japanese-American war, and The Day of the Saxon, which predicted the decline of the British Empire. More than a character study, Homer Lea provides insight into the establishment and execution of underground reform and revolutionary movements within U.S. immigrant communities and in southern China, as well as early twentieth-century geopolitical thought.

Lawrence M. Kaplan is the historian for the U.S. Missile Defense Agency.
Loading...
or support indie stores by buying on