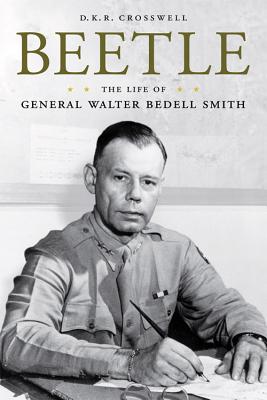 A valued adviser and trusted insider in the highest echelon of U.S. military and political leaders, General Walter Bedell Smith began his public service career of more than forty years at age sixteen, when he joined the Indiana National Guard. His bulldog tenacity earned him an opportunity to work with General George C. Marshall in 1941, playing an essential role in forming the offices of the Combined and Joint Chiefs of Staff; and after his appointment as chief of staff to Dwight D. Eisenhower.

D. K. R. Crosswell is Richard R. Hallock Distinguished University Chair in Military History at Columbus State University, Georgia. He is the author of The Chief of Staff: The Military Career of General Walter Bedell Smith.
Loading...
or support indie stores by buying on