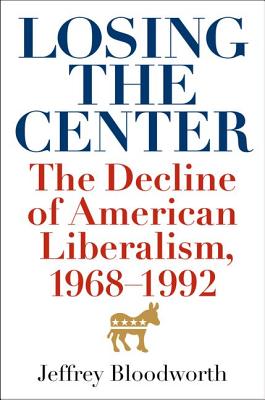 Many Americans consider John F. Kennedy's presidency to represent the apex of American liberalism. Kennedy's ""Vital Center"" blueprint united middle-class and working-class Democrats and promoted freedom abroad while recognizing the limits of American power. Liberalism thrived in the early 1960s, but its heyday was short-lived. In Losing the Center, Jeffrey Bloodworth demonstrates how and why the once-dominant ideology began its steep decline, exploring its failures through the biographies of so.

Jeffrey Bloodworth is assistant professor of history at Gannon University.
Loading...
or support indie stores by buying on