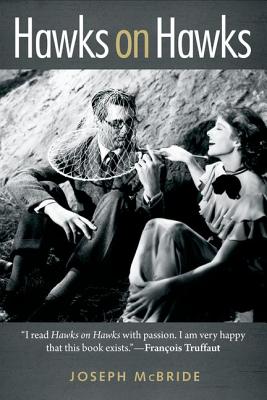 ""I read Hawks on Hawks with passion. I am very happy that this book exists.""-Fran ois Truffaut Howard Hawks (1896-1977) is often credited as being the most versatile of all of the great American directors, having worked with equal ease in screwball comedies, westerns, gangster movies, musicals, and adventure films. He directed an impressive number of Hollywood's greatest stars-including Humphrey Bogart, Cary Grant, John Wayne, Lauren Bacall, Rosalind Russell, and Marilyn Monroe-and some of his.

Joseph McBride is an internationally known film critic and historian and a professor in the Cinema Department at San Francisco State University. McBride's sixteen books include What Ever Happened to Orson Welles?: A Portrait of an Independent Career; Writing in Pictures: Screenwriting Made (Mostly) Painless; and acclaimed biographies of Frank Capra, Steven Spielberg, and John Ford. www.josephmcbridefilm.com
Loading...
or support indie stores by buying on