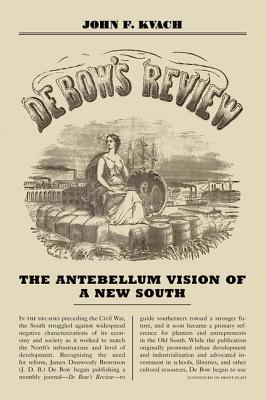 In the decades preceding the Civil War, the South struggled against widespread negative characterizations of its economy and society as it worked to match the North's infrastructure and level of development. Recognizing the need for regional reform, James Dunwoody Brownson (J. D. B.) De Bow began to publish a monthly journal-De Bow's Review- to guide Southerners toward a stronger, more diversified future. His periodical soon became a primary reference for planters and entrepreneurs in the Old So.

John Kvach is professor of history at the University of Alabama--Huntsville.
Loading...
or support indie stores by buying on