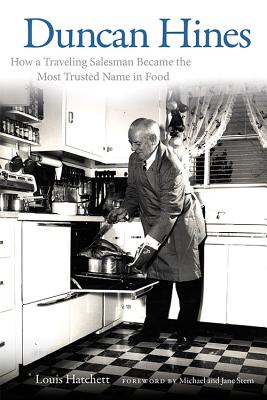 How a Traveling Salesman Became the Most Trusted Name in Food

Duncan Hines (1880-1959) may be best known for the cake mixes, baked goods, and bread products that bear his name, but most people forget that he was a real person and not just a fictitious figure invented for the brand. America's pioneer restaurant critic, Hines discovered his passion while working as a traveling salesman during the 1920s and 1930s-a time when food standards were poorly enforced and safety was a constant concern. He traveled across America discovering restaurants and offering h.

Louis Hatchett is the editor of Mencken's Americana and The Continuing Crisis: As Chronicled for Four Decades by R. Emmett Tyrrell, Jr.
Loading...
or support indie stores by buying on