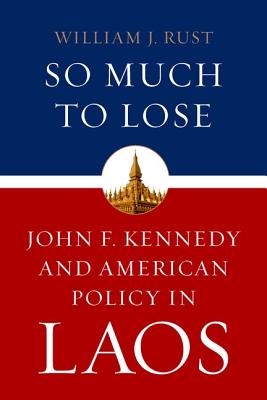 So Much to Lose

Before U.S. combat units were deployed to Vietnam, presidents Eisenhower and Kennedy strove to defeat a communist-led insurgency in Laos. This impoverished, landlocked Southeast Asian kingdom was geopolitically significant because it bordered more powerful communist and anticommunist nations. The Ho Chi Minh Trail, which traversed the country, was also a critical route for North Vietnamese infiltration into South Vietnam. In So Much to Lose: John F. Kennedy and American Policy in Laos, William.

William J. Rust, a former journalist and communications consultant, is the author of Kennedy in Vietnam: American Vietnam Policy, 1960--1963 and Before the Quagmire: American Intervention in Laos, 1954--1961.
Loading...
or support indie stores by buying on