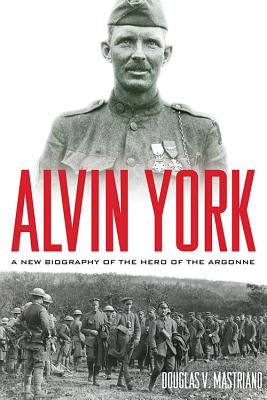 A New Biography of the Hero of the Argonne (American Warriors)

Alvin C. York (1887-1964)-devout Christian, conscientious objector, and reluctant hero of World War I-is one of America's most famous and celebrated soldiers. Known to generations through Gary Cooper's Academy Award-winning portrayal in the 1941 film Sergeant York, York is credited with the capture of 132 German soldiers on October 8, 1918, in the Meuse-Argonne region of France-a deed for which he was awarded the Congressional Medal of Honor. At war's end, the media glorified York's bravery but.

Douglas V. Mastriano, Ph.D., is a Colonel in the U.S. Army.
Loading...
or support indie stores by buying on