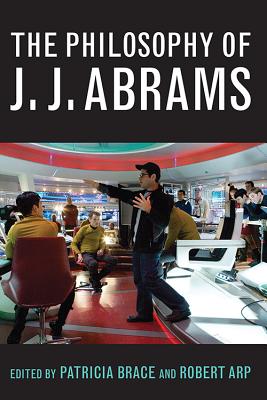 American auteur Jeffrey Jacob "J. J." Abrams's genius for creating densely plotted scripts has won him broad commercial and critical success in TV shows such as Felicity (1998--2002), Emmy-nominated Alias (2001--2006), Emmy and Golden Globe-winning Lost (2004--2010), and the critically acclaimed Fringe (2008--2013). In addition, his direction in films such as Cloverfield (2008), Super 8 (2011), and the new Mission Impossible and Star Trek films has left fans eagerly awaiting his revival of the Star Wars franchise. As a writer, director, producer, and composer, Abrams seamlessly combines geek appeal with blockbuster intuition, leaving a distinctive stamp on all of his work and establishing him as one of Tinsel Town's most influential visionaries.

In The Philosophy of J.J. Abrams, editors Patricia L. Brace and Robert Arp assemble the first collection of essays to highlight the philosophical insights of the Hollywood giant's successful career. The filmmaker addresses a diverse range of themes in his onscreen pursuits, including such issues as personal identity in an increasingly impersonal digitized world, the morality of terrorism, bioethics, friendship, family obligation, and free will.

Utilizing Abrams's scope of work as a touchstone, this comprehensive volume is a guide for fans as well as students of film, media, and culture. The Philosophy of J.J. Abrams is a significant contribution to popular culture scholarship, drawing attention to the mind behind some of the most provocative television and movie plots of our day.