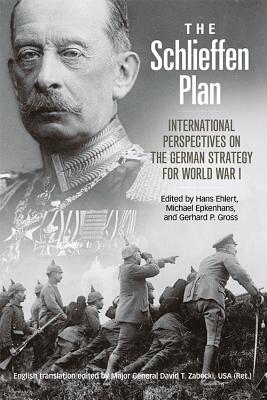 With the creation of the Franco-Russian Alliance and the failure of the Reinsurance Treaty in the late nineteenth century, Germany needed a strategy for fighting a two-front war. In response, Field Marshal Count Alfred von Schlieffen produced a study that represented the apex of modern military planning. His Memorandum for a War against France, which incorporated a mechanized cavalry as well as new technologies in weaponry, advocated that Germany concentrate its field army to the west and annihilate the French army within a few weeks. For generations, historians have considered Schlieffen's writings to be the foundation of Germany's military strategy in World War I and have hotly debated the reasons why the plan, as executed, failed.

In this important volume, international scholars reassess Schlieffen's work for the first time in decades, offering new insights into the renowned general's impact not only on World War I but also on nearly a century of military historiography. The contributors draw on newly available source materials from European and Russian archives to demonstrate both the significance of the Schlieffen Plan and its deficiencies. They examine the operational planning of relevant European states and provide a broad, comparative historical context that other studies lack. Featuring fold-out maps and abstracts of the original German deployment plans as they evolved from 1893 to 1914, this rigorous reassessment vividly illustrates how failures in statecraft as well as military planning led to the tragedy of the First World War.

Hans Ehlert, Michael Epkenhans, and Gerhard P. Gross are historians at the Bundeswehr Center of Military History and Social Sciences (ZMSBw) in Potsdam, Germany.Major General David T. Zabecki, USA (Ret.), is the author of The German 1918 Offensives: A Case Study in the Operational Level of War and editor in chief of the four-volume encyclopedia Germany at War: 400 Years of Military History. He is an honorary senior research fellow in the War Studies Programme at the University of Birmingham, United Kingdom.
Loading...
or support indie stores by buying on
(This book is on backorder)