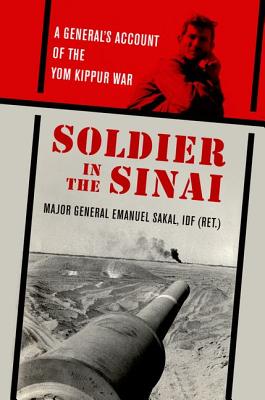 Soldier in the Sinai

In surprise attacks on Israel in October 1973, Egyptian and Syrian forces crossed ceasefire lines to enter the Israeli-held Sinai Peninsula and Golan Heights, igniting what became known as the Yom Kippur War. In the north, Israel succeeded in blocking the Syrian advance, but in the south, it failed to achieve an operational decision in the defense campaign. In Soldier in the Sinai, mobile and armored warfare expert Major General Emanuel Sakal analyzes the operational and strategic decisions made.

Major General Emanuel Sakal, IDF (Ret.), served as commander of the Ground Corps Command and was awarded the Medal of Courage.
Loading...
or support indie stores by buying on