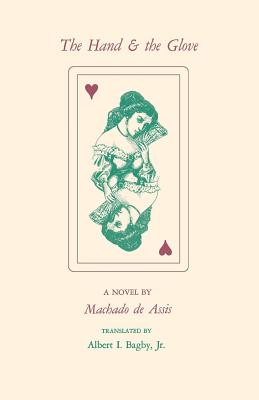 The Hand and the Glove (Studies in Romance Languages #2)

The later novels of Machado de Assis-notably Dom Casmurro and Esau and Jacob-are well known in this country, but the earlier novels have never been translated. Here, in The Hand and the Glove (the Brazilian master's second novel), rendered in English for the first time by Albert I. Bagby, Jr., readers will find a younger, gentler Assis, writing a romantic comedy that is yet permeated with the lively wit characteristic of his later works. The story is a simple one-of love lost and love found. Of.

Albert I. Bagby Jr. grew up speaking both Portuguese and English. After eighteen years in Brazil, he came to the United States and entered Baylor University. Following graduation from Baylor, he continued his studies at the universities of Missouri, where he received his M.A., at North Carolina, and at Vanderbilt University; in 1968 he received a doctoral degree in Spanish literature from the University of Kentucky. Presently Mr. Bagby is chairman of the Romance Languages Department at the University of Corpus Christi, Texas.
Loading...
or support indie stores by buying on