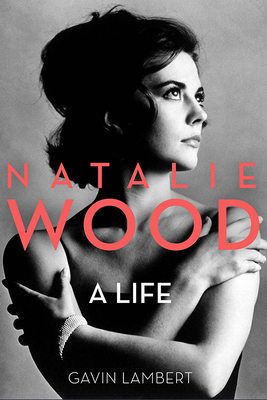 America watched Natalie Wood grow up on the silver screen. You can still see her childhood in Miracle on 34th Street and her adolescence in Rebel Without a Cause. Her coming of age? Still playing in Splendor in the Grass and West Side Story and countless other timeless movies. From the moment Natalie Wood made her cinematic debut in 1946 in Tomorrow Is Forever to her shocking, untimely death in 1981, the decades of her life are punctuated by movies that even today, reside in the hearts and imagination of the American people.

Acclaimed novelist, biographer, critic, and screenwriter Gavin Lambert, whose twenty-year friendship with Natalie Wood began when she starred in the movie adaptation of his novel Inside Daisy Clover, recounts her extraordinary story. He relays to us details about her personal life, from her love affairs to her suicide attempt at twenty-six, the birth of her children to her friendships, her struggles as an actress to her tragic and mysterious death at the age of forty-three. For the first time, everyone who was close to Natalie Wood speaks freely -- including her husbands, Robert Wagner and Richard Gregson, famously private people like Warren Beatty, intimate friends such as playwright Mart Crowley, directors Robert Mulligan and Paul Mazursky, and Leslie Caron, each of whom told the author stories about this remarkable woman who was so full of life but always on the brink of despair.

Gavin Lambert (1924-2005) was a British-born screenwriter, novelist, and biographer. His film biographies include On Cukor, Norma Shearer: A Life, and Mainly About Lindsay Anderson.
Loading...
or support indie stores by buying on