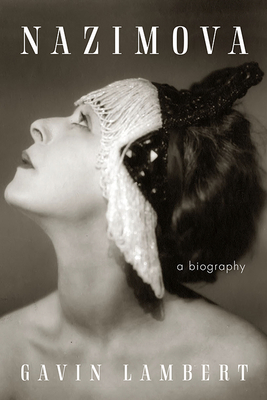 A forgotten legend, Alla Nazimova was an electrifying Russian-born actress who brought Stanislavksy and Chekhov to American theatre, who was applauded, praised, adored -- an icon of the stage and screen for forty years, before fading into the shadows of time. Gavin Lambert unearthed Nazimova's unpublished memoirs, letters, and notes, writing an evocative retelling of her extraordinary life.

Nazimova began her career on stage. Her shockingly natural approach to acting transformed the theatre of her day -- she thrilled Laurette Taylor, and the first time Tennessee Williams saw her he knew he wanted to be a playwright ("She was so shatteringly powerful that I couldn't stay in my seat"). She ventured into film eight years later, signing a contract with Metro Pictures before it was MGM and becoming the highest-paid actress in silent pictures, ultimately writing, directing, and producing her own movies and forming her own film company. She was the only actress, other than Mae West, to become a movie star at forty, and was the first to cultivate the image of the "foreign" sophisticate.

In addition to her career on the stage and the screen, Lambert also delves into Nazimova's complex and dramatic personal life, from her tense relationship with her family to her numerous partners and lovers (both men and women). Nazimova: A Biography is a brilliant recreation of the life and work of this complex, dark, glamorous, and important figure.

Gavin Lambert (1924-2005) was a British-born screenwriter, novelist, and biographer. His film biographies include On Cukor, Norma Shearer: A Life, Mainly About Lindsay Anderson, and Natalie Wood: A Life.
Loading...
or support indie stores by buying on