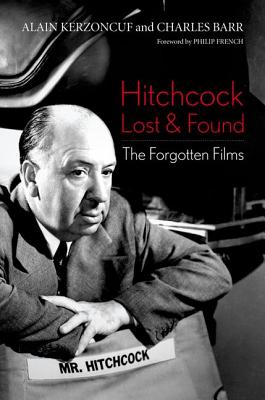 Known as the celebrated director of critical and commercial successes such as Psycho (1960) and The Birds (1963), Alfred Hitchcock is famous for his distinctive visual style and signature motifs. While recent books and articles discussing his life and work focus on the production and philosophy of his iconic Hollywood-era films like Notorious (1946) and Vertigo (1958), Hitchcock Lost and Found moves beyond these seminal works to explore forgotten, incomplete, lost, and recovered productions from.

Alain Kerzoncuf is the author of several articles on Hitchcock's work and was interviewed for the bonus features on the French DVD releases of Dial M for Murder and North by Northwest in 2007. Charles Barr is the author of Vertigo (from the British Film Institute's Film Classics series) and English Hitchcock, as well as the editor of All Our Yesterdays: 90 Years of British Cinema. He serves on the editorial board of the US-based journal Hitchcock Annual.
Loading...
or support indie stores by buying on