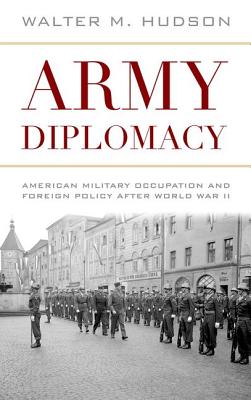 In the immediate aftermath of World War II, the United States Army became the principal agent of American foreign policy. The army designed, implemented, and administered the occupations of the defeated Axis powers Germany and Japan, as well as many other nations. Generals such as Lucius Clay in Germany, Douglas MacArthur in Japan, Mark Clark in Austria, and John Hodge in Korea presided over these territories as proconsuls. At the beginning of the Cold War, more than 300 million people lived und.

Walter M. Hudson is an active duty judge advocate in the U.S. Army.
Loading...
or support indie stores by buying on